And here we are in September! A new beginning, the month that marks the return from the holidays and a new cycle of study and work.

But for many it is also the departure for holidays or a short trip or weekend. Among the favourite destinations there are:  the cities of art or historic villages, a few days in the mountains, the last swim at the sea or a relaxing period in the countryside.
Whatever time you have available, we suggest an incredible experience perfect for this period, thanks also to the less warm but still mild temperatures: cycling along a bicycle path or cycle path in the middle of nature.
Cycling in the middle of nature will give you unexpected emotions, as well as getting back into shape for the autumn;-)

The restrictions on travelling abroad due to the Covid-19 pandemic are an opportunity to rediscover our territory and one of the best ways to get to know and rediscover the beautiful Italian landscapes is by bike. Italy offers a large number of cycle paths or paths to cycle through natural beauties such as parks, mountains, sea, lakes and rivers. There are many itineraries, even on ancient pilgrimage routes and through cities of art and historic villages.

You will already know some of the paths or bike paths, but here we indicate some of our favourites for September or even late autumn:

The “Sentiero Valtellina” cycle path crosses the valley as far as Colico, and will give you fantastic views of Lake Como and the surrounding mountains. Crossing the lake, from Lecco you can follow the river Adda, in the direction of Trezzo sull’Adda, after the castle you will take the cycle path of the Martesana canal that will take you to Milan. Along the route you will find the ancient locks, the old hydroelectric power stations, the classic manor houses of the Milanese aristocracy and you will be able to see, more than elsewhere, the work of Leonardo da Vinci’s genius thanks also to the itinerary of Leonardo’s Adda Ecomuseum, which you will meet along your route. The landscape that accompanies you to Milan is characterised by magnificent villas, piers, old rural houses and villages surrounded by greenery with well-kept gardens.

Po Delta and the natural reserve  Bosco della Mesola
The Po Delta is rich in cycle paths to explore an area created by the river, declared a UNESCO Biosphere Reserve. This area is a paradise for lovers of two wheels. Discover also the route that will take you to the Mesola Woods Nature Reserve where you can meet the “King of the Woods”: the Mesola deer.

Greenway del Sile (Veneto)
Leaving from the city of Treviso to the sea, in Jesolo, along the course of the river Sile, from which it takes its name Greenway del Sile, through the beautiful Venetian countryside. The initial part is totally immersed in nature, then the scenery changes slowly. It is an easy route, also suitable for families with children. The track is 52 km long.

Pista ciclabile della Riviera dei Fiori (Liguria)
The cycle path of the Riviera dei Fiori, in Liguria, from Ospedaletti to San Lorenzo a Mare, passing through Sanremo. A short route of 24 km the path is also a pedestrian route, that runs flat along the route of the old railway, through the villages and gardens of the Riviera, offering a breathtaking view of the sea..

The Via Verde, the Trabocchi cycle path that runs along one of the most evocative stretches of coast in the Mediterranean, just a few metres from the sea, immersed in the nature of the Costa dei Trabocchi. The Via Verde, still to be completed, is mainly along the disused railway line of the Adriatic line, a route that joins very different contexts, overlooking the Adriatic Sea, passing by the State Road and touching the coastal hills.

The Villoresi Canal and the Panperduto Dam

When you arrive in this place you will be enchanted: water is the absolute protagonist, you can perceive its majesty and power; your gaze is attracted by the complexity of the paths it takes between the river environment and the works of derivation and canalization. Here human ingenuity has managed to tame the water by building one of the most important hydraulic junctions in Lombardy, where part of the water from the Ticino River is diverted to form two very important canals: the Villoresi, used for irrigation, and the Industrial Canal, fundamental for energy production. You can admire the dam and in summer have fun with the water games suitable for children (www.panperduto.it).
The almost entirely cycle path will allow you to discover the beauty of nature just a few steps from Milan, the route runs first along the Villoresi Canal and then in the Ticino Park. 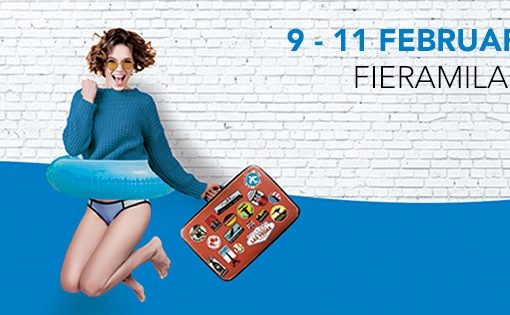 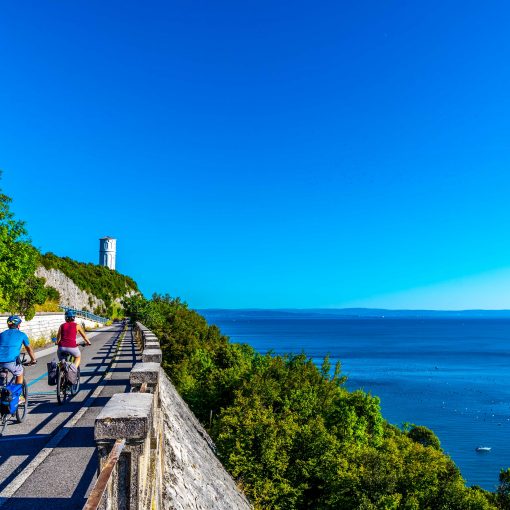 AIDA is music, a dream, a movement that accompanies you for 900 km from Moncenisio to Trieste; from France to Istria. Combine […]

Po river Delta: 11-13 September 2020 An itinerary by bike to discover the Po River Delta. The route will take you to […]

Give 1 bike tour to discover Milan!   Are you short of ideas for your most active and curious friends …. and […]

This site uses technical, statistics and third-party cookies. We DO NOT use profiling cookies. By clicking "ACCEPT ALL", you consent to the use of ALL cookies. However, you can visit "Cookie Settings" to provide personalized consent.

This website uses cookies to improve your experience while you navigate through the website. Out of these, the cookies that are categorized as necessary are stored on your browser as they are essential for the working of basic functionalities of the website. We also use third-party cookies that help us analyze and understand how you use this website. These cookies will be stored in your browser only with your consent. You also have the option to opt-out of these cookies. But opting out of some of these cookies may affect your browsing experience.

For more info visit the extended cookie information
Advertisement
Advertisement cookies are used to provide visitors with relevant ads and marketing campaigns. These cookies track visitors across websites and collect information to provide customized ads.
Analytics
Analytical cookies are used to understand how visitors interact with the website. These cookies help provide information on metrics the number of visitors, bounce rate, traffic source, etc.
Functional
Functional cookies help to perform certain functionalities like sharing the content of the website on social media platforms, collect feedbacks, and other third-party features.
Necessary
Necessary cookies are absolutely essential for the website to function properly. These cookies ensure basic functionalities and security features of the website, anonymously.
Others
Other uncategorized cookies are those that are being analyzed and have not been classified into a category as yet.
Performance
Performance cookies are used to understand and analyze the key performance indexes of the website which helps in delivering a better user experience for the visitors.
SAVE & ACCEPT
Powered by